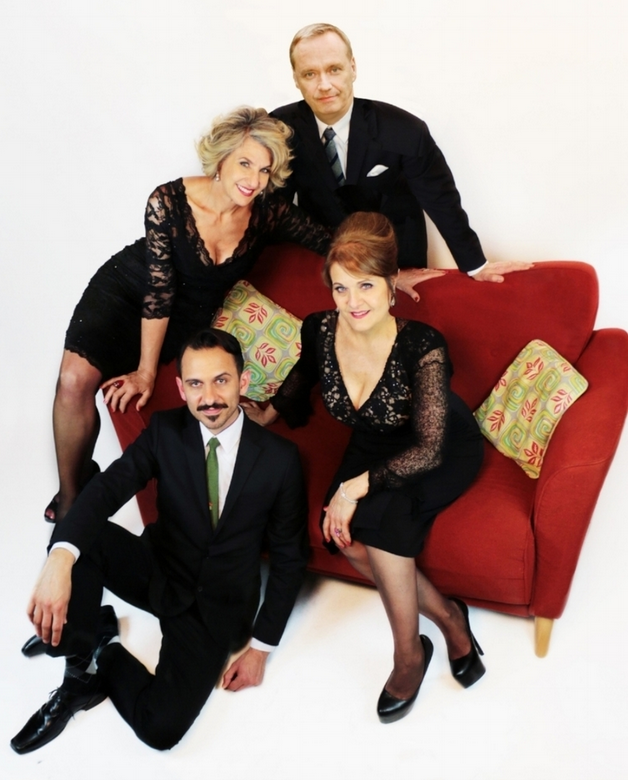 With singers ranging from age 33 to 93, The Royal Bopsters Project is a multi-generational vocal summit on which the talents of singers London, Meader, Pramuk and Ross unite in harmony to pay tribute to the art of vocalese singing and to the forefathers and mothers of their favored art form. Also contributing to their sound for future appearances is Pete McGuinness, a multi-Grammy nominee for jazz arranging as well as a highly regarded trombonist and singer. This homage features five vocalese pioneers, each of whom helped to invent the bop-vocal or ‘vocalese’ art form. Six-time Grammy nominee Mark Murphy (1932–2015), considered one of the most influential vocalists in jazz, appears on four tracks, including an outstanding new version of Freddie Hubbard’s “Red Clay,” a song which stands very tall among Murphy’s many breakthrough recordings. Four of the ‘Bopsters’ – NEA Jazz Masters and Grammy Award-winners Jon Hendricks (b. 1921) and Annie Ross (b.1930) who represent two thirds of the pioneering vocalese group Lambert, Hendricks & Ross; NEA Jazz Master Sheila Jordan (b.1928); and Arkansas Hall of Famer and Schoolhouse Rock mastermind Bob Dorough (b. 1923) have one feature track on this recording.

Four years in the making, The Royal Bopsters Project was initially conceived by producer/vocalist/arranger Amy London as a twilight years feature for her musical hero and close friend Mark Murphy, who she cites as a key influence, (as do scores of other successful jazz singers.) One by one, the other ‘Royal Bopsters’ signed on for the project at London’s behest. What you will hear will warrant this group’s achievement of making five lists for Top CD Releases for 2015 including Downbeat and Jazz Times.