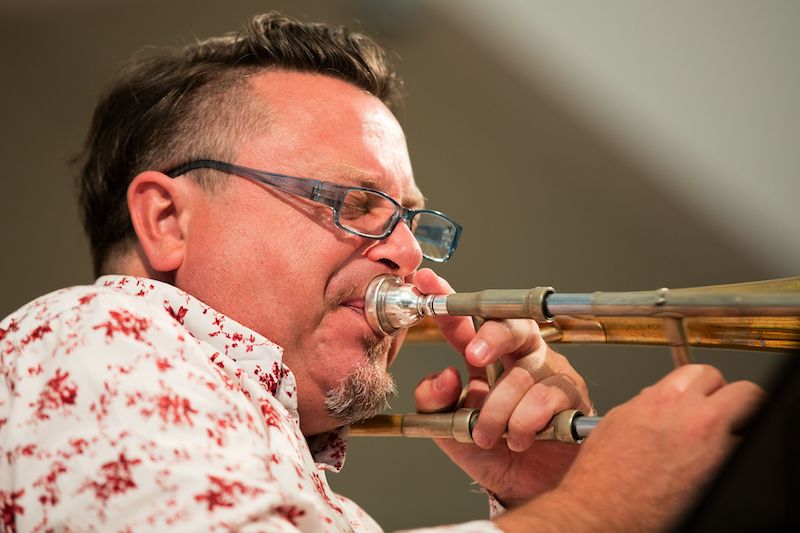 Originally from Sydney, Adrian was born in 1969 in Australia and has been welcomed in Europe since his arrival in 1991. Already in Australia he was nominated as „best Australian Trombonist“ receiving awards not only for composition but as well his quintet „Free Spirits“ „Best Jazz Group 1990“.

He was a member of the international sextet Ugetsu which recorded 4 CDs, many of his compositions, with 200 performances throughout Europe and festivals in China, Australia and more. A long list of recording credits among his own which can be found on the ENJA label or on the Blue Note Label together with the Scales Brothers.

Has been teaching in Mannheim Conservatorium for 10 years, as well as 2 years in Cologne Conservatorium and is currently Professor at the Basel Musik Academie (Switzerland) for Trombone and Ear Training for the past 20 years.